Crissy Field is San Francisco’s newest major park, dedicated in 2001.  Originally an airfield in 1919, the field was the site of one of the earliest army airfields on the west coast.

The western portion of the 1915 Panama-Pacific International Exposition was held here, including The Grand Prix.  According the NPS website, “The winning auto reached the dizzying speed of 56 miles per hour.”  In 1924, the first Dawn-to-Dusk transcontinental flight ended at Crissy Field, and the first flight from California to Hawaii started there.

This morning, the area was shrowded in fog (and high, cold winds–brrrr), so I kept color saturation low, and went for harmonious grays throughout.  The building shown here is Crissy Field Center. 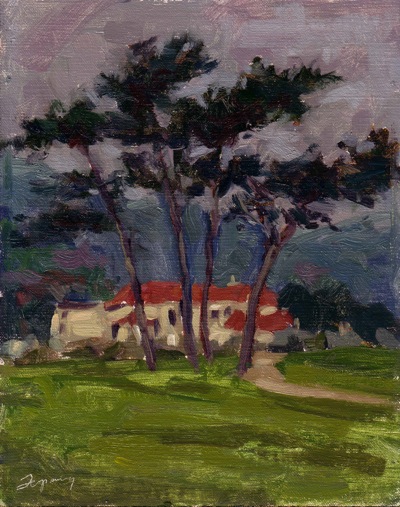